Scarlett grew inside me for 277 days. She began as one egg that I watched blossom on screen. She came from my right ovary, not many people get to know that, and she evolved into an embryo of perfection. Safe inside of me for nearly 300 days she grew and grew (and grew!!) I miss being pregnant, I miss feeling her move and knowing that she was a physical part of me. I’ve never felt more comfortable in my own skin, more beautiful or more healthy than I did when I was pregnant. Despite the pain, my body showed me what I’d always believed, that it was meant to carry a baby.

I tracked the days with keen interest. I used various apps to learn as much as I could about the life inside of me. Those early days when not much is different, when you fear every moment it will get taken away from you. Those first weeks when that tiny bundle of cells grows into an actual baby. An actual fully formed baby! Albeit a very small one. I was lucky to see Scarlett at 7wks when she was a little blob with a yolk sac. Then again at almost 10wks with little stumpy limbs forming. I remember being at work after my 12 week scan and just saying “there’s a baby in there! An actual baby!” 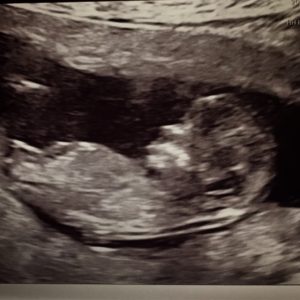 Then I started to show, my wobbly fat tummy that I had spent my whole adult life trying to hide started to take a different shape. A shape to be proud and not ashamed of. I started feeling flutters very early, it felt like a goldfish flipping about in water. Scarlett first started moving to music. She enjoyed The King and I and Chitty at this stage!! 106 days after her life formed I had another scan. A scan I had on my own. I desperately wanted to find out the sex of my baby. I really wanted a girl, I’ve always seen myself as the mother of a girl and I started to get so anxious about it all I just needed to know. I felt I wanted to find this information out on my own so I did, just me and my girl. She was a wriggler who was facing the wrong way but she was definitely a girl!! 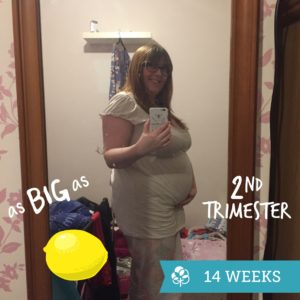 The stronger her movements got the more amazing it felt. Lying in bed at night and feeling her respond to me. I’ve been lonely for a long, long time. I’ve never had anyone in my life romantically for long. I’ve never shared my home or my bed with anyone. But lying there with my baby girl, a part of every aspect of me, I’d never felt less lonely. This feeling is the same now she’s here. 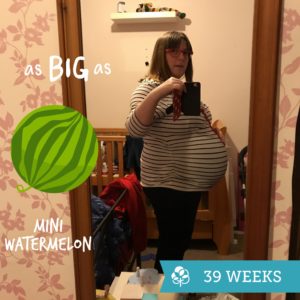 At 274 days pregnant I was told I was having a baby so huge she would likely get stuck and I’d end up having an emergency c section. I was advised that an immediate induction was the best thing. So 275 days after I last had my bits poked about to get her in me, I had my bits poked about again to try and get her out!! This took time, she was going to arrive on her terms and when she was jolly well ready. So after 277 days warm and cosy inside me Scarlett Imogen Nancy Godsall burst (literally, ask my bits!!) into this world. February 25th was the most traumatic day of my life! Not going to lie! It was the most amazing and life changing but, well there is a reason I’ve still not written my birth story!! 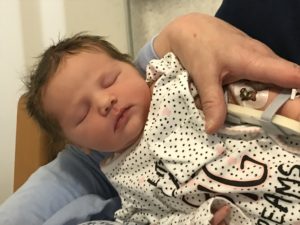 That day was now 277 days ago. Scarlett has been outside of my body for as long as she was inside it. I’m not entirely sure she understands we are not one. But in all fairness to her, I don’t think I understand that. The metaphorical umbilical cord hasn’t been cut and I hope that it never will be. These last 277 days have been something else. I look at her now, this chatty, loud bundle of crazy. She’s crawling and pulling herself up, she talks back, she claps, she waves, she sings and dances. She loves Let It Go and Baby Shark, she knows her own mind and I believe, she loves me with everything she has. I love her even more than that. I look back at that tiny newborn, and then the spikey haired little baby and the cheeky smiley sitter and wonder where that time has gone. They are right when they say the nights are long but the years are short. It feels like yesterday that she was placed inside my awaiting womb. But it feels like I’ve had her in my life forever, maybe I have. She’s certainly been in my heart forever.

So my little miss SING, here is to 554 days of your life! I waited for that egg that became you and I’m so glad I did. 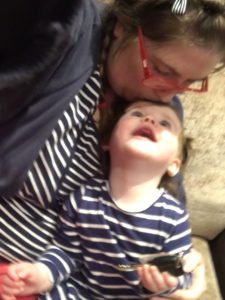 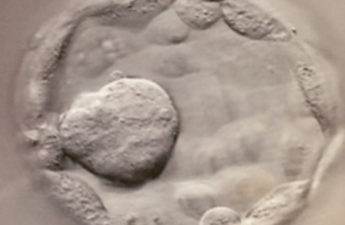